There are a couple of monument peaks around my neighborhood that all Backcountry skiers want to bag. Lone Peak sits outside of my front yard. I have stared up at it many times. Two years ago Gina and I hiked it during the summer. It was more magnificent than we imagined. Its been on my checklist of peaks to ski for a long time, which by the way is getting a lot shorter this year thanks to some great weather and stable snow pack. A couple weeks ago while standing on Timp I looked across the valley at a perfectly formed half pipe high on the ridge underneath Lone Peak. Its called Heavens Halfpipe and I figured I could hit it on the way down from a trip up to the summit of LP.

Friday The Shepherd put out the word that Saturday looked like a good day to make a run at it. I had plans to take the kids skiing but I knew we could do that any weekend. Furthermore the way the storms were stacking up and the snow pack stability was firming up. This would be the day. I rearranged my plans.

A group of  7 of us met up at the trailhead and we were skinning before 6:30. The elevation went by quickly as we frequently looked into the valley to check our progress. The snow was pretty crusted over but we had the good fortune of following a 4 wheeler track that had pretty much groomed the trail for us.  Once we had made it up to the second hamongog the group had thinned as schedules and blisters took over and our groomed run came to an end. 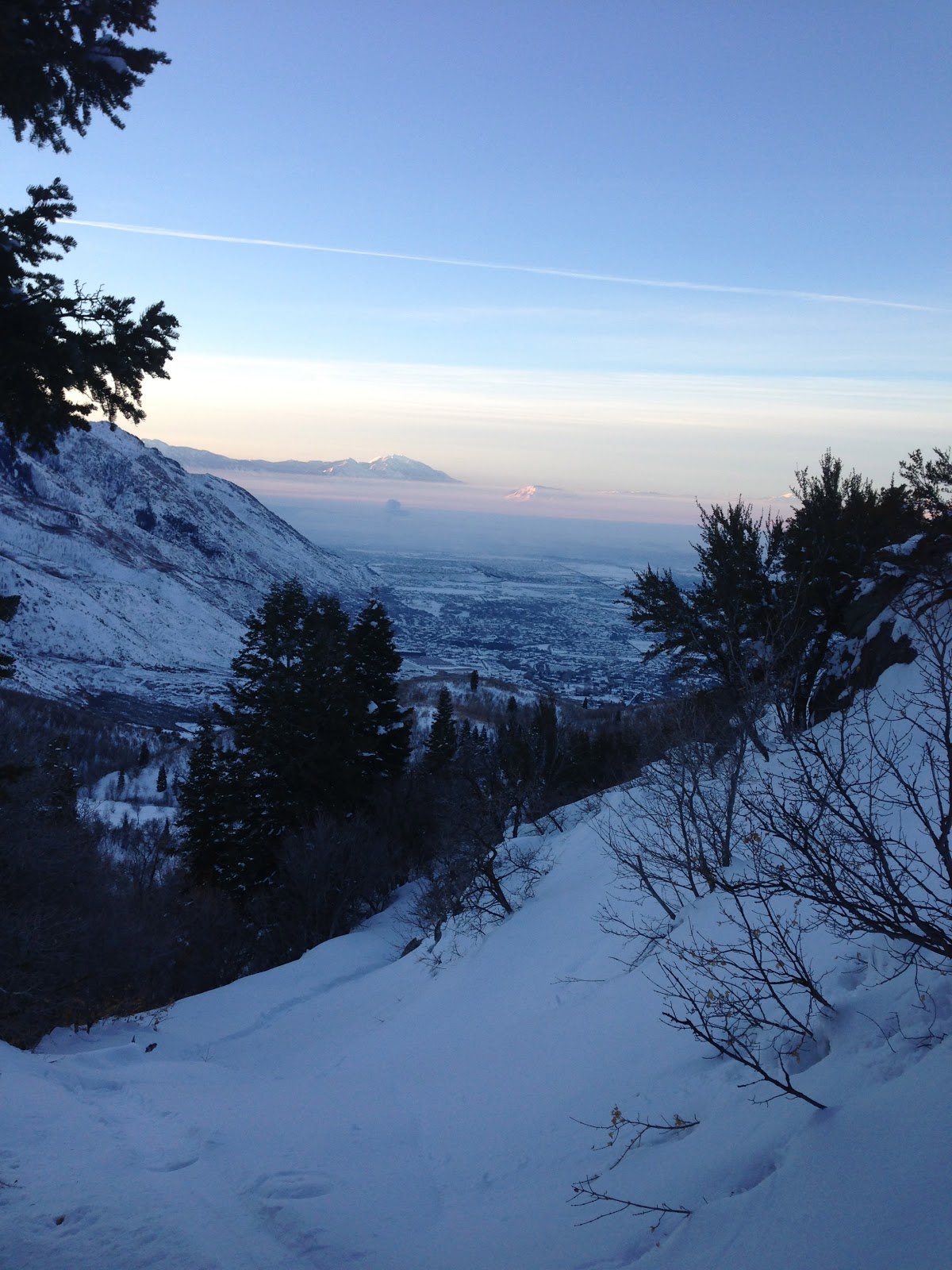 The area around the second hamongog is a little hidden paradise. As I wandered up through the trees I could see rabbit tracks. It snowed several times this past week so I new they were fresh. There were a number of bigger cat tracks as well. I'm guessing cougars and bobcats. I even saw the cutest little squirrel with a nut in his mouth sitting on an evergreen branch just staring at me as I hiked past. 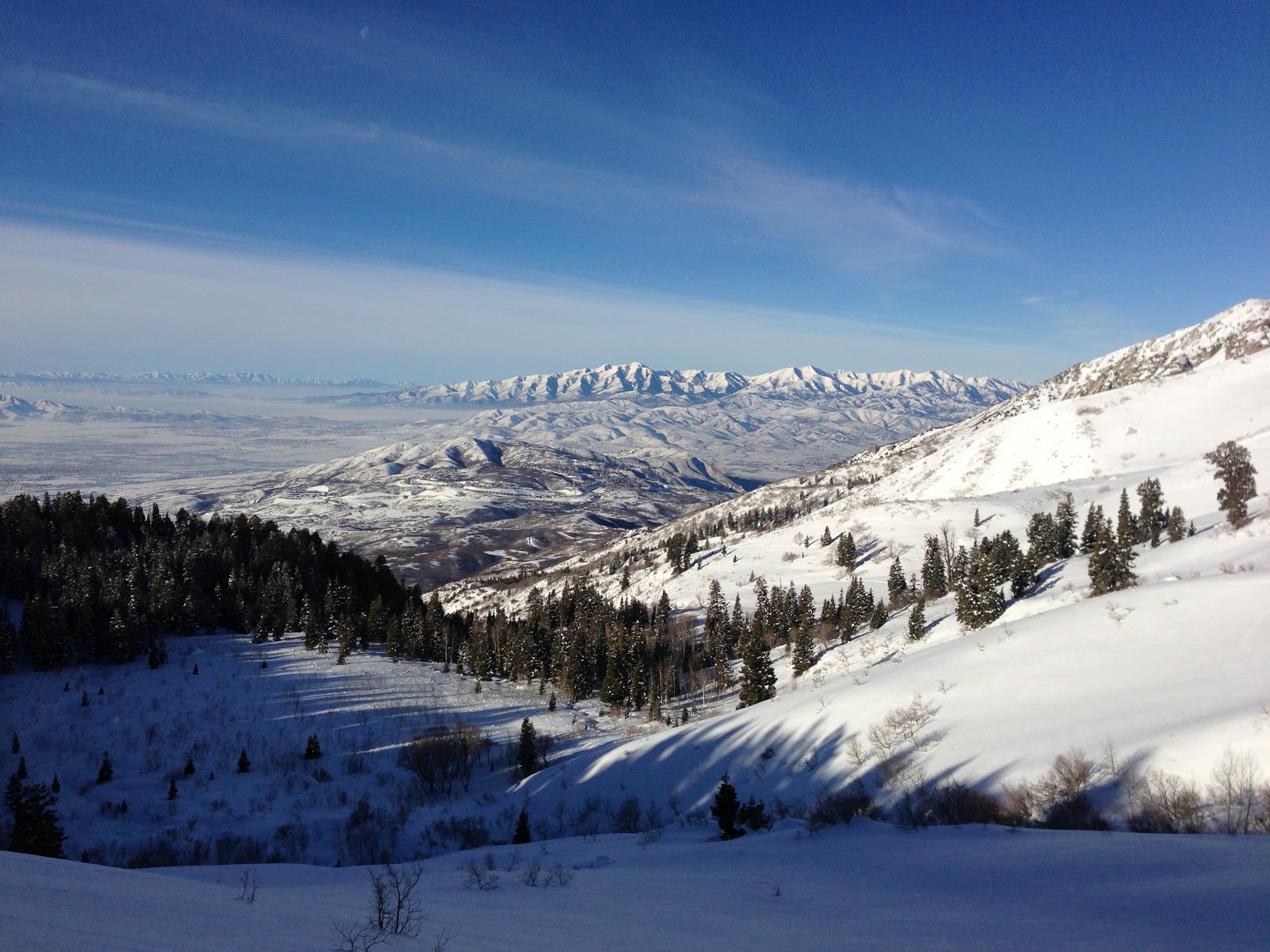 We had about 3,000 more vertical feet to climb from here. The hiking gets difficult at this point as we were softened up from the first 3,000 feet and the sun was beating down on us. We hiked straight up the gut of Heavens Halfpipe, up to the notch then we hooked it left and rode the ridge up to the summit of Lone Peak.


The one we affectionately refer to as Hobear lead us up the entire way. Forget about the fact he is 14 years old. He hiked with the strength of three men. The old guys like having a young buck around to keep us humble. 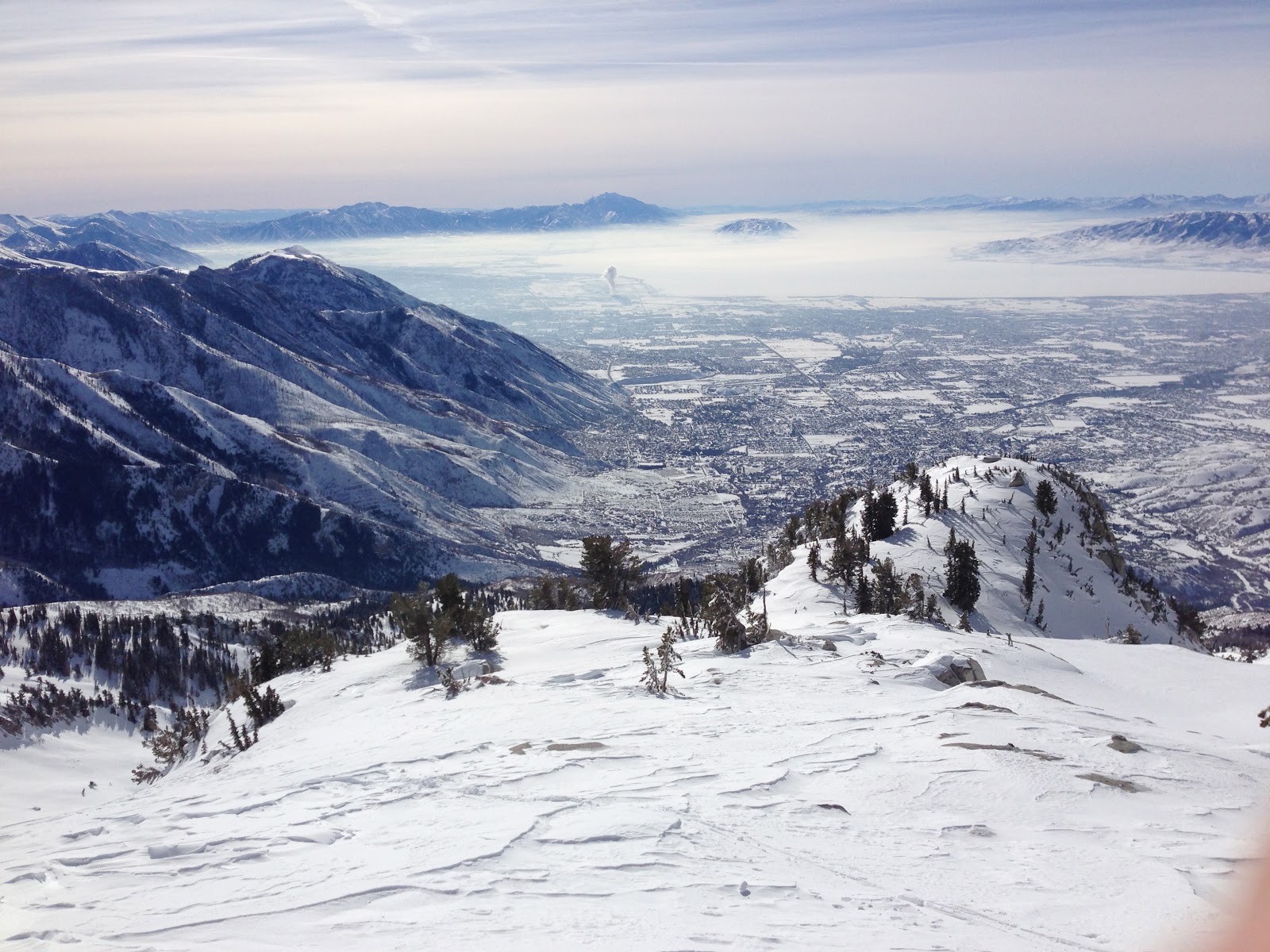 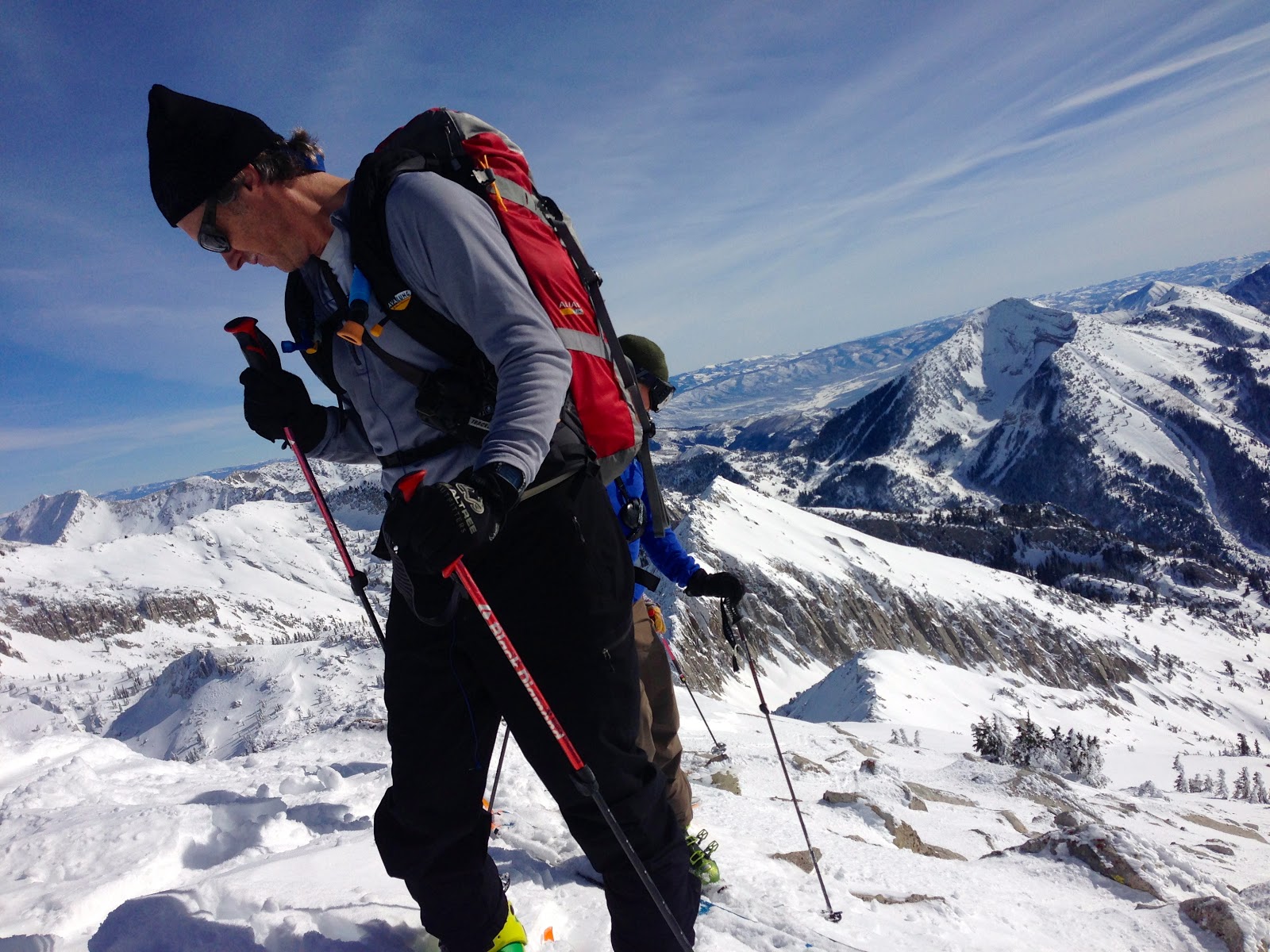 Here is a little video footage The Shepherd shot of the final approach to the summit: http://vimeo.com/m/58837044

After a bit of a rest and some lunch we were ready for the down. The snow had softened up a bit and made for some sweet turning on the way down. 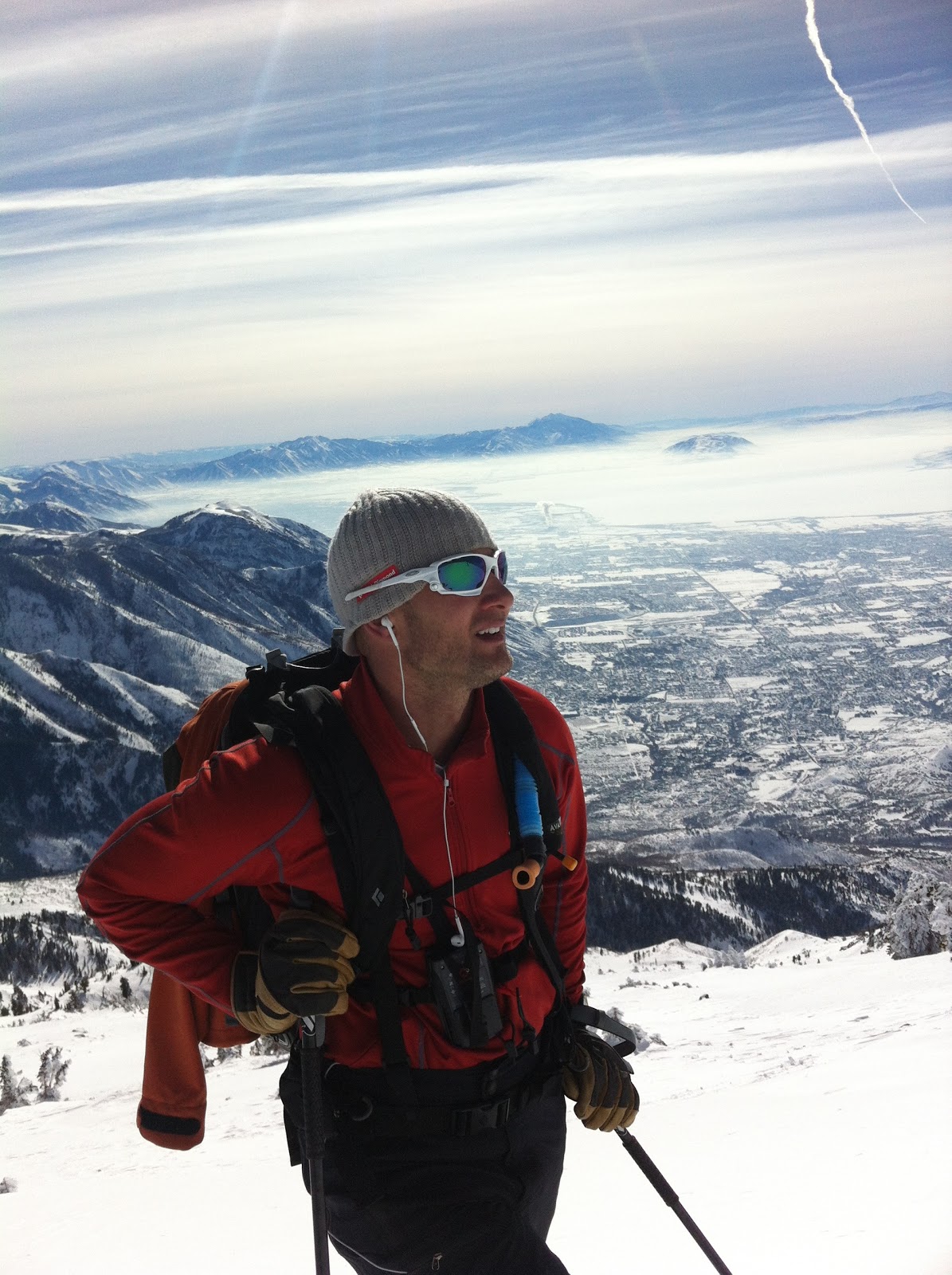